Our 7 Breakout rooms in Quartier Dix30 feature 100% original storylines, varying levels of difficulty, unique and unrepeated puzzles, and not to mention the all important wow-factor.
CEREBRUM Where am I now? Have I been kidnapped? I couldn’t find a way to get out of here. The very last thing that I remember was driving. I only get quick flashes of memories, but yet they all feel very familiar. Sometimes they’re vibrant and colourful, and sometimes they’re in black and white. And there is this constant beeping sound, which is very annoying, and it hurts my brain a lot. Why am I trapped in here? Someone, please help me! This is so frustrating. I need to find a way to get out of here.
*Require players to be split in two different groups
Success Rate: 15%
4-8 players required
Book now!
CHAMBER OF HOCUS 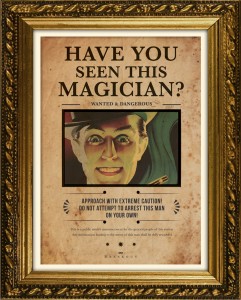 Mr. Hocus, a notorious criminal who dabbles in the art of magic and uses it in his crimes, has again escaped unscathed from a heist. The hallmark of all his crimes are playing cards bearing the message ‘Hocus Pocus, can you find Hocus?’ He is known to be a dangerous man with a wicked sense of humour. In your search for this wanted magician, you and your team have stumbled into his mysterious Chamber of Hocus in hopes of capturing him once and for all…
Success Rate: 35%
4-8 players required
Book now! 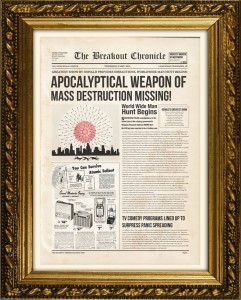 Project Fallout, an aptly named weapon of mass destruction is reported missing along with the group of scientists working on it. You wake up to find that you have no memory of who or where you are, but you are being interrogated by unknown authorities about a weapon you have no recollection of. You heard the authorities say that you wiped out your own memory before their arrival. Now you know that you have to breakout from their captivity and find out who you are, and what happened…
Success Rate: 50%
4-8 players required
Book now! In 1883, Nikola Tesla revealed his first prototype to create free energy for the world. However, due to the dominating influence of the oil and gas industrialist Hewitt & Co., Tesla was forced to stop his research and was publicly denounced as being insane. Tesla predicted that all natural resources would soon be depleted and the world would plunge into darkness, so he continued to secretly build a power plant able to generate large amounts of electricity in the hopes that when the time came, mankind would be prepared. Decades later, the world went dark, once all the natural resources had been squandered. As the descendants of the Tesla family, you’ve been gifted a mysterious will from your caretaker that contains information that will help you once again bring light back to humanity.
Success Rate: 20%
4-8 players required
Book now!

THE WAR FOR REMBRANDT In the year 1942, a war widely known as the War for Rembrandt broke out between the Nuevo Union and the Hetzel Republic, separating the world into two regions. One fights for the preservation of art and literacy materials while the latter regards them as manipulative material used by the other to usurp world nations. The Hetzel Republic had confiscated and stored away thousands of artifacts in a secret underground station known as the Train Graveyard. As a rebel group who believes in the importance of art and literature preservation, you have located the secret station and are prepared to infiltrate and transport the artifacts out of the station with the help of the Nuevo Union.
Success Rate: 20%
4-8 players required
Book now!

A mysterious physician named Han suddenly appeared in the small town of Wu Shan one day and immediately became famous amongst the villagers because of his remarkable medicinal healing abilities. As the village’s previous top physician, you are determined to find out this mysterious man’s secret, along with the types of ingredients he uses in his miraculous medicines. One quiet evening, while the physician is away on an errand, you quickly sneak in with your assistants to gather what information you can from his lair in hopes of recreating the same mysterious potion.
Success Rate: 8%
4-8 players required
Book now!
SECRET OF HOCUS While tracking the elusive trail of mysterious criminal magician Mr. Hocus you’ve uncovered a secret theatre where you believe he keeps all of his magical possessions. The Organization says that to destroy Mr Hocus’ powers, you will need the combined powers of all 3 magical wands: the Wand of Mythos, Wand of Alectos and the Wand of Atropos. With this knowledge, you and your team venture deep into the depths of Mr. Hocus’ secret theatre in hopes of ending his notorious crime sprees once and for all.
Success Rate: 25%
4-8 players required
Book now!